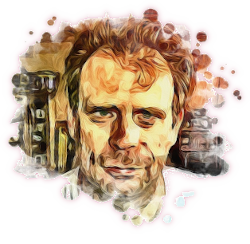 The short answer is yes, because who wouldn’t want affordable health insurance? Samsung has recently announced a new partnership with iptiQ, a company who is looking to fill the gap for millions of families who are still uninsured in the US. The idea that biometric data collected from watches and other wearables could be used to lower insurance rates is a fascinating proposition. For individual privacy laws the writing is on the wall! 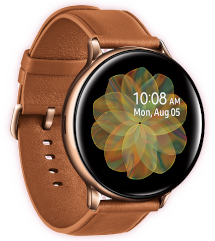 While the GDPR, a regulation in EU law designed to protect personal data is a noble idea, where does that sit in this conversation? One thing is for sure; we are no longer groping in the dark to shape online privacy policies. Big Tech’s opponent has exposed their hand. The protections touted by the designers of GDPR will eventually secede to new innovation.

“By staying neutral, I end up being somebody that everybody can trust. Even if they don’t always agree with my decisions, they know I’m not working against them." – Linus Torvalds

Although the previous quote is out of context, neutrality is the mantra of Big Tech. The truth is, privacy policies will continue to be shaped by business - not by political idiology. Samsung’s new partnership is just another example that proves money and innovation are still king!

The Internet of Things continues its heyday. Businesses will make new advances that circumvent interference from regulatory bodies. Just ask the FBI, who acknowledged 7.4 billion dollars of losses in the 2018 Cyber Crimes Report.

“One reason you should not use web applications to do your computing is that you lose control." – Richard Stallman

The argument for privacy and freedom is full of conjectures. In this political age where isolationism and “the right to be forgotten” are gaining popularity, isn’t it ironic that the only defense for businesses today depends on how strong they build their own castle? Smart investors aren’t wasting money on freedom. They are interested in protection and shiny new tech.

Eventually this detent will snap. Let’s just say that if the Internet crashed today the consequences would be catastrophic. There are very few countries in financial position to handle the fallout without the assistance of a new global regulatory body.